In January 2017, President Trump inacted an immigration ban. The people of America responded with protests, marches, and rallies. One of the symbols frequently used at protests was the Statue of Liberty given she stands for a welcoming America. We wanted to magnify that symbol.

The Protest Torch is a representation of the Statue of Liberty torch, a symbol of hope and inclusion: “Give me your tired, your poor, your huddled masses”. Our torch functions as a sign holder, allowing protesters to unite with each other as a collective symbol. During the protest, the torch lights up to the rhythm of the chants. After the protest, people can display the torch as a beautiful piece of decor in their homes reminding them everyday of the values they stand for.

We began the design process by attending protests and interviewing protesters, inductively looking for what was missing in the environment. We began to notice that the Statue of Liberty was an informal symbol of the immigration protests. 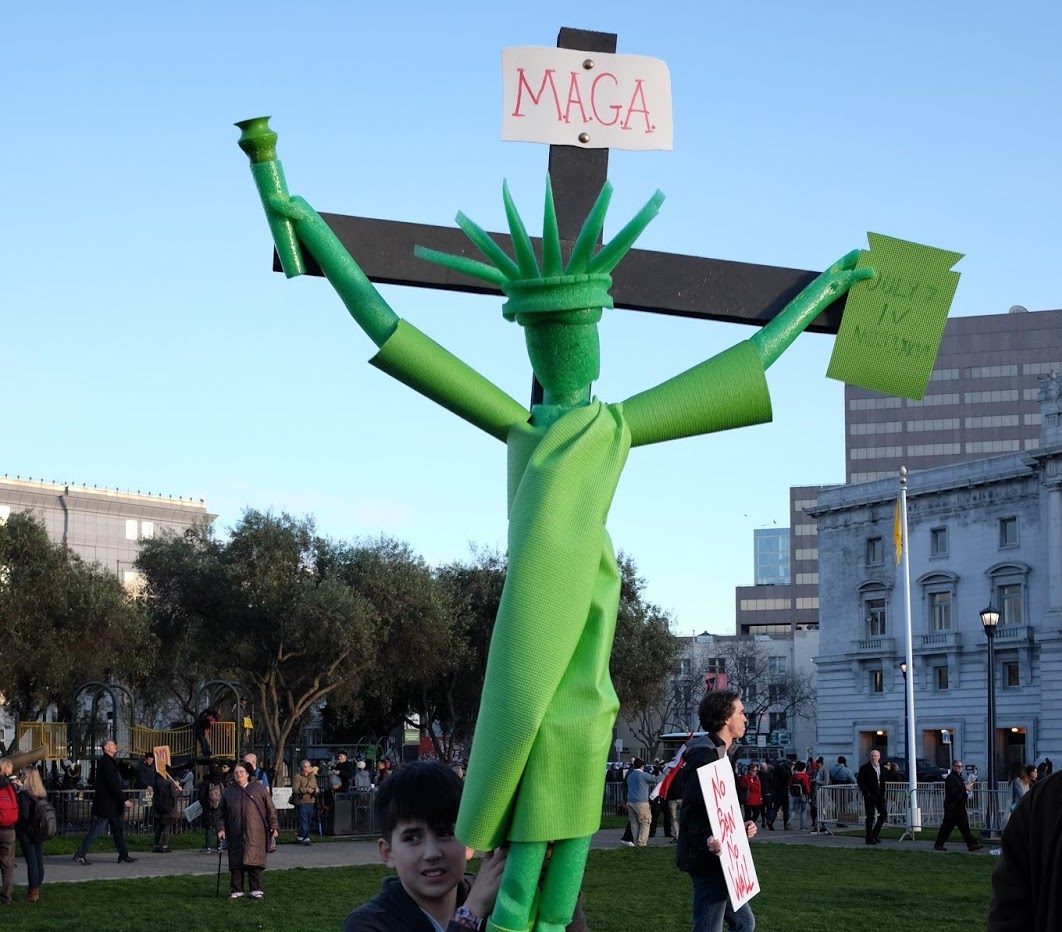 In addition to the Statue of Liberty, we observed five key attributes of protests that we wanted to make sure our design preserved - community of people, individuality in signage, Statue of Liberty symbol, chanting in unison, and a call for everyday actions after the protest(as seen in the following sketch). 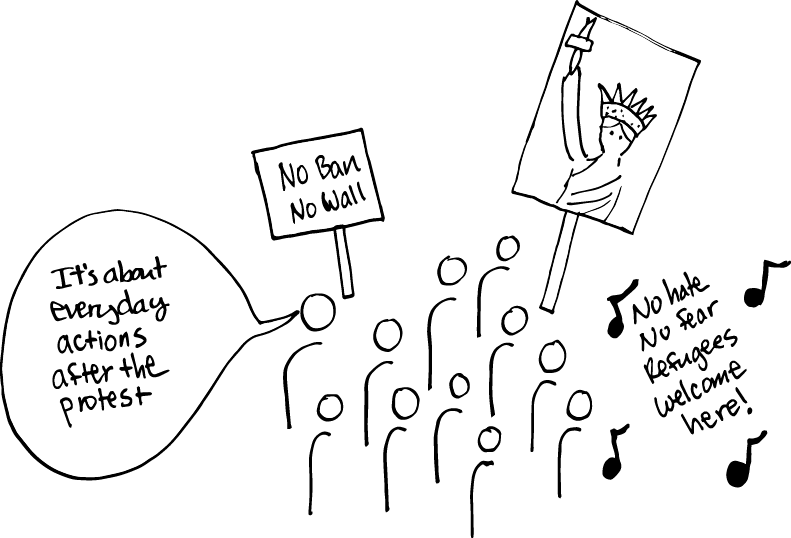 We continued to brainstorm on how this symbol and others could become a more active piece of protests to strengthen the spread of America's foundational values: 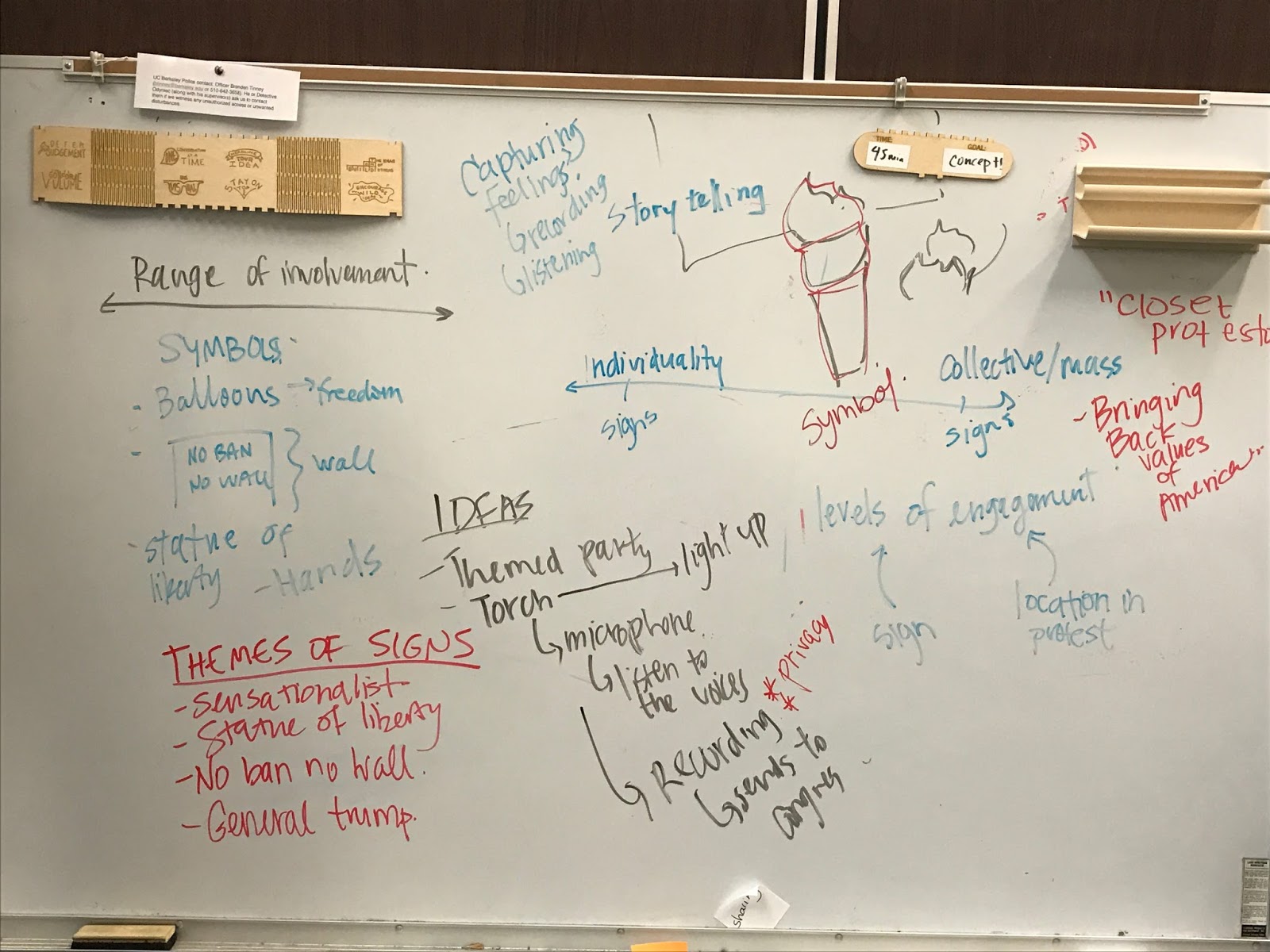 (Sketches by me and team members)

Our final design was a Statue of Liberty torch that would serve as a protest sign holder, and light up based on the sound intensity of the crowd. We then fabricated a prototype. I primarily worked on the flames. Here are sketches of initial mechanics and dimensions for the flames: 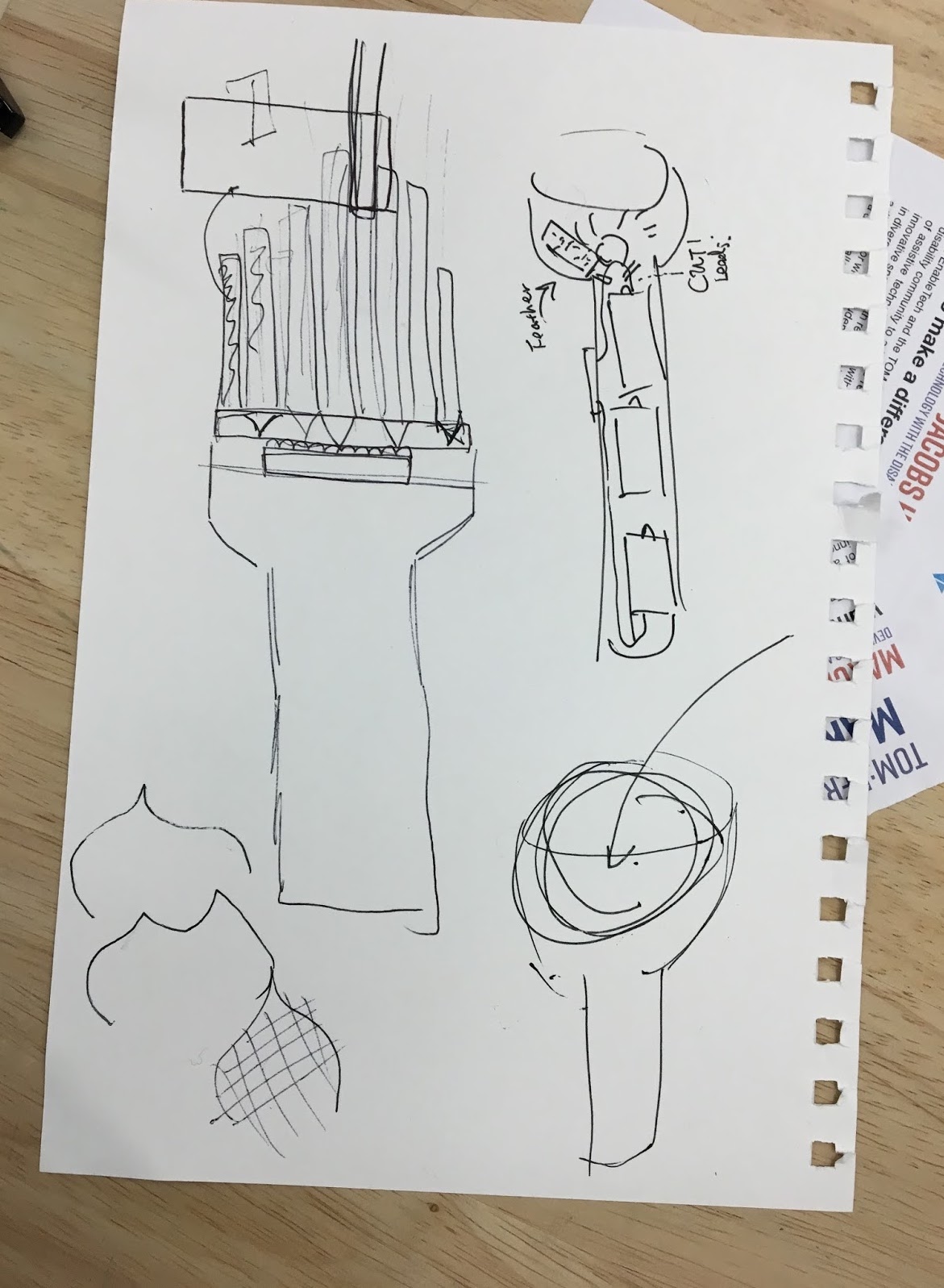 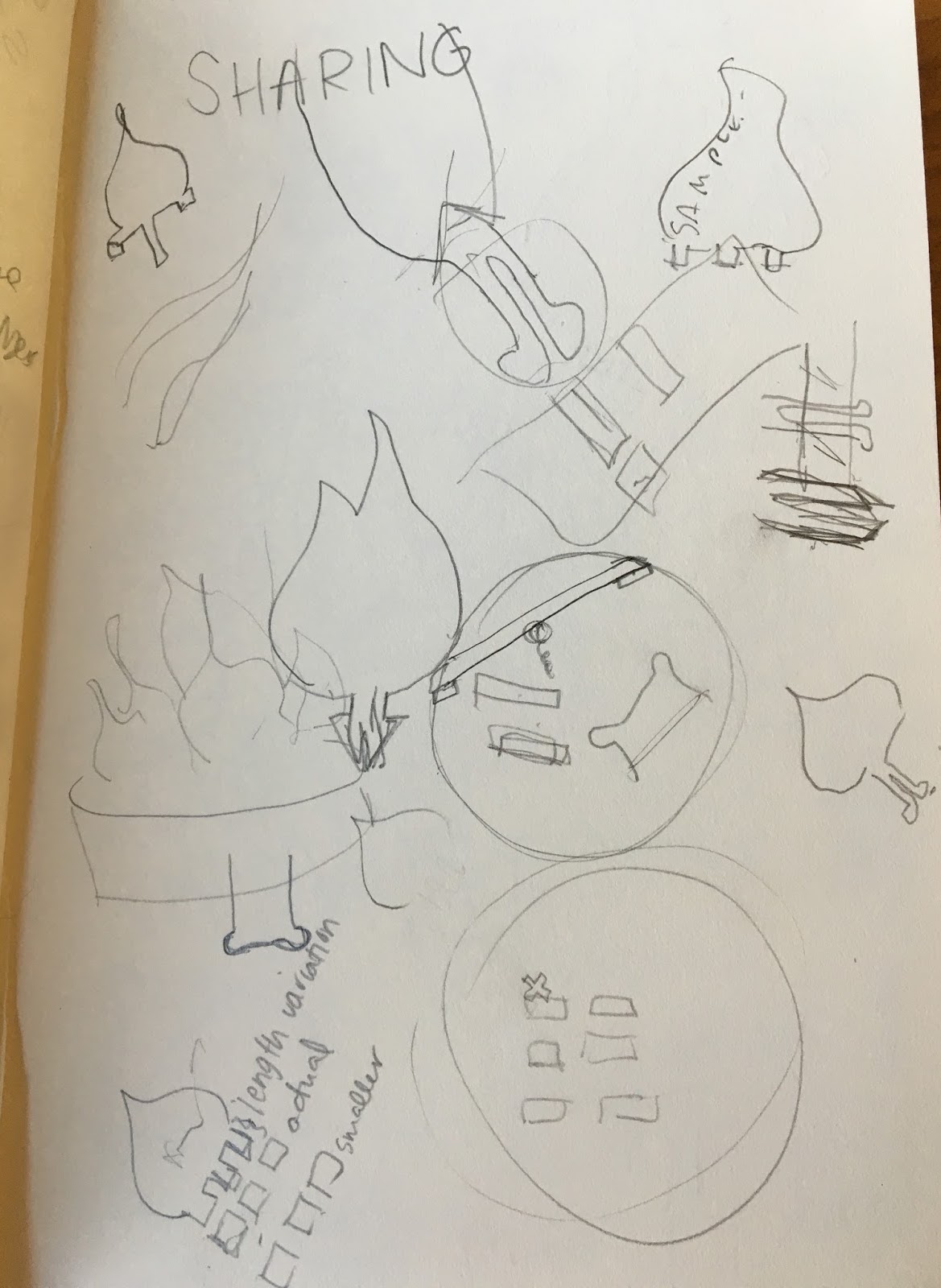 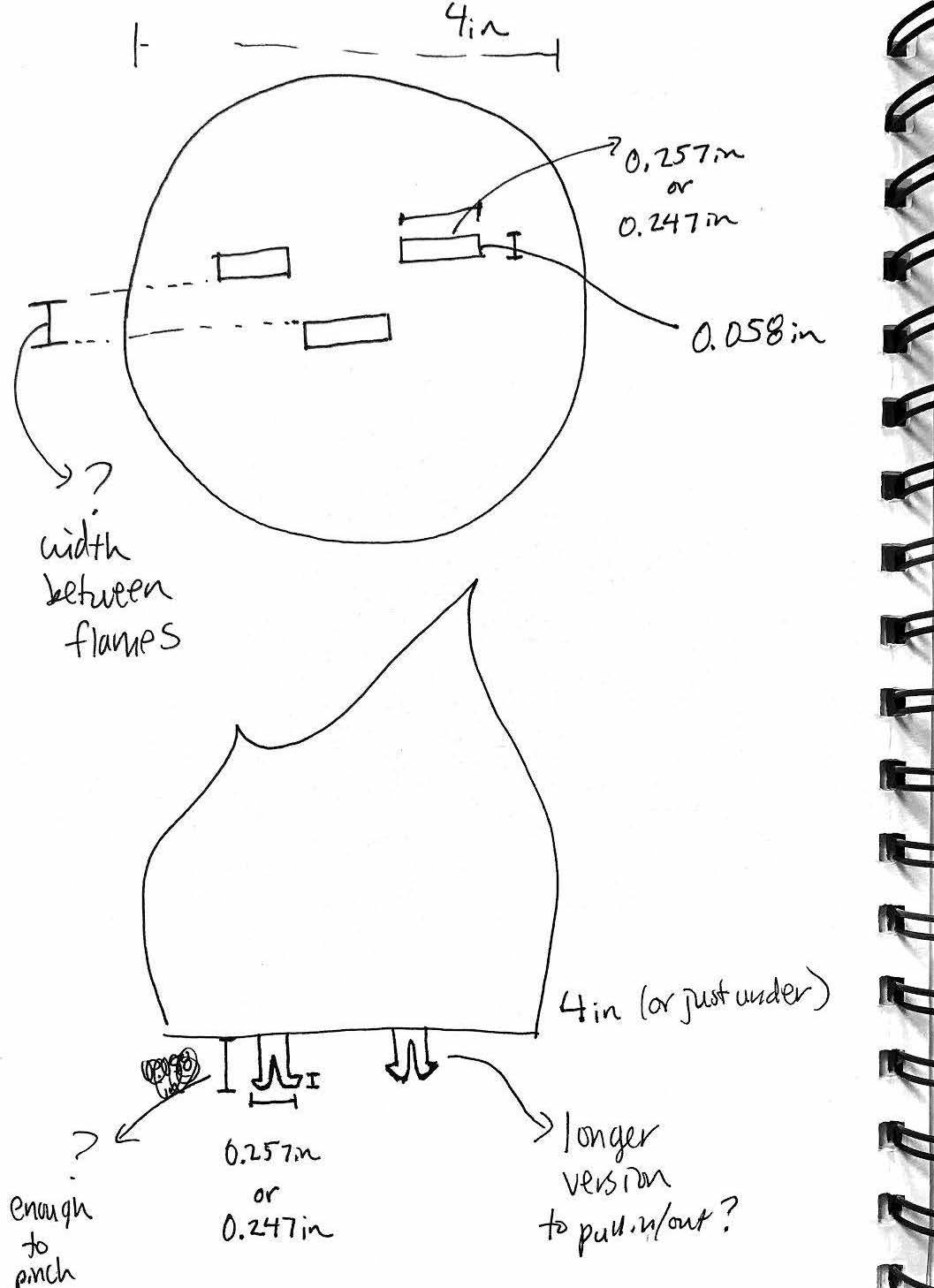 (Sketches primarily by me)

We planned a series of flames cut from acrylic with peg legs to slot into an acrylic base. Here are Illustrator files of threshold testing dimensions for the peg and holes (left), and rastering the Statue of Liberty poem (middle and right) onto the acrylic: 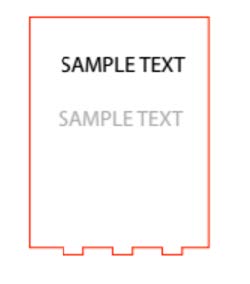 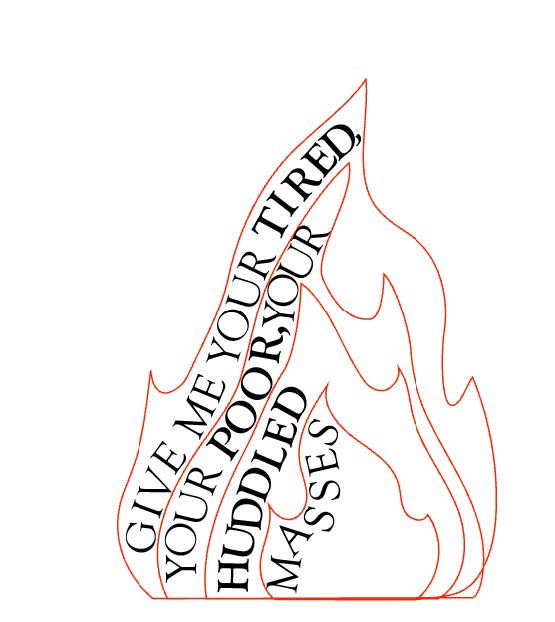 Here we are testing out how the flames will look with light shining on them: 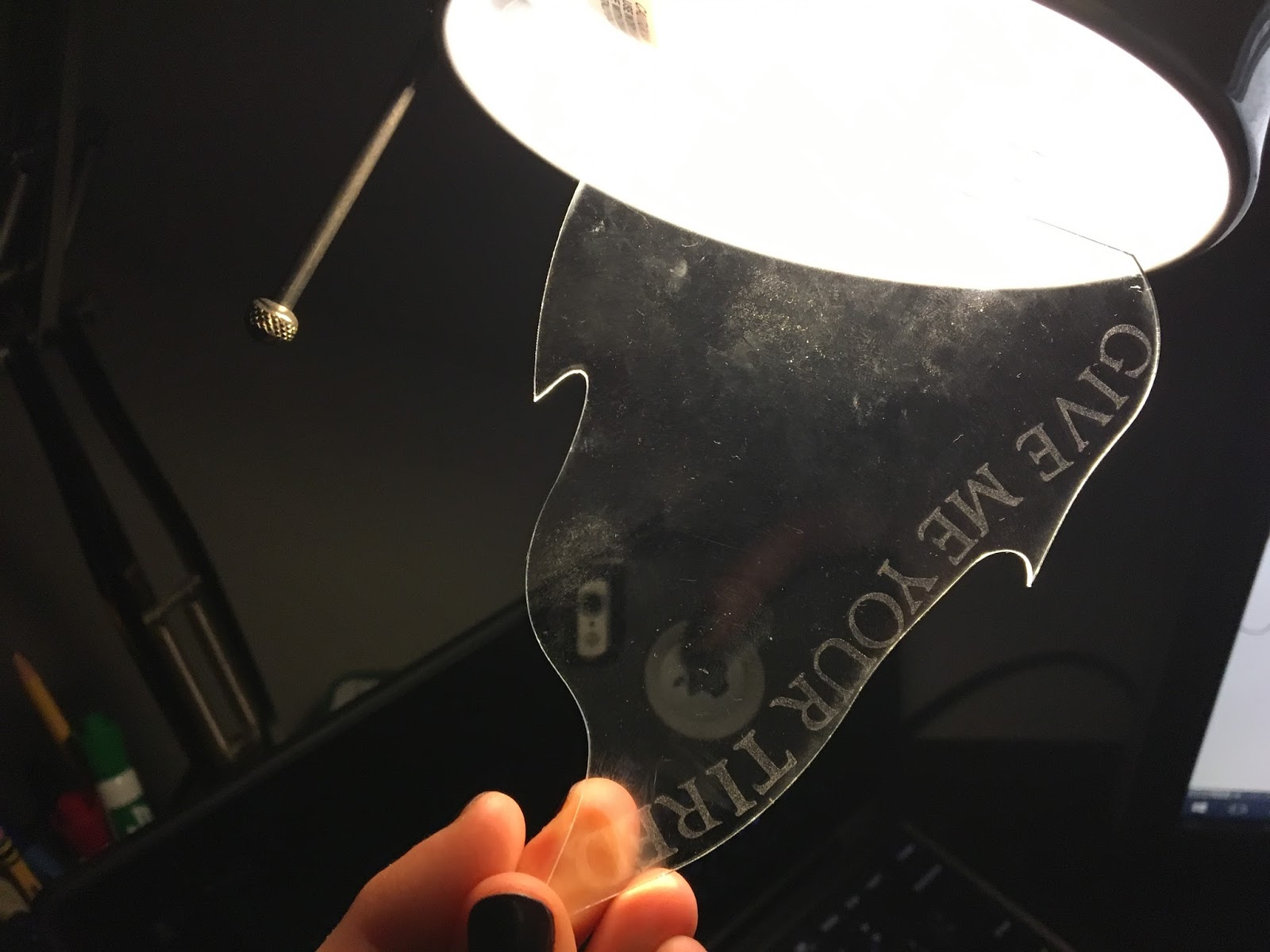